School and office supplies manufacturer BG has inked a licensing agreement with CLS Media for a new line of stationery and kids’ creativity goods in Russia, based on the animation brand Power Battle Watch Car. The action series is commissioned by Hyundai Motor Corp. and produced by SAMG Animation, INNOCEAN Worldwide and CJ E&M.

BG will produce a collection including albums, diaries, a variety of notebooks, art and craft products, and back-to-school textile products such as pencil cases, backpacks and shoe bags for the Russian market. Paper products will go on sale ahead of the school season this fall, with the bags to follow in 2018.

With characters inspired by Hyundai’s most popular car models, Power Battle Watch Car features colorful heroes with the ability to communicate with their vehicles through A.I. technology, and centers on lead hero Jino and his car “Blue Will” on his quest to become the champion of the Battle League. The show made its Russian premiere on STS this spring, where it continues to air in the morning programming block each weekday. US viewers can catch it on Netflix streaming. 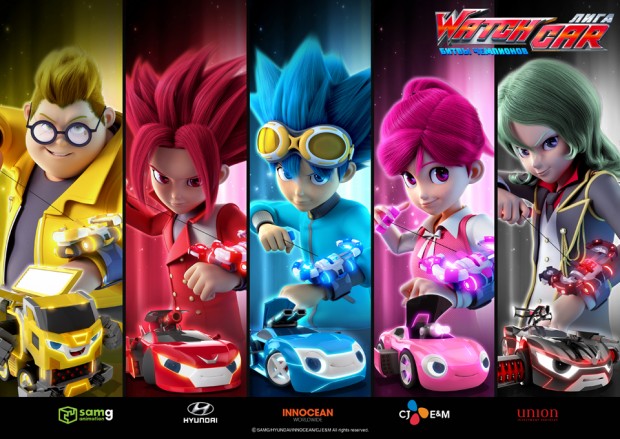