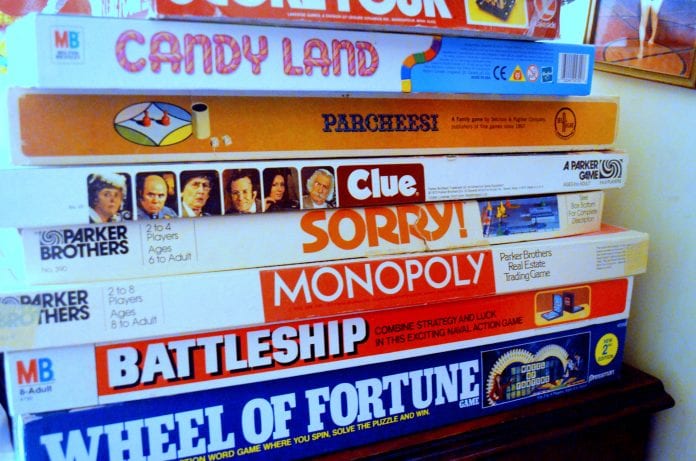 While the United States, parts of the Caribbean and much of the rest of the world have been forced to stay at home due to the coronavirus, pandemic, many people are looking for ways to enjoy their free time.

Pictionary is a classic game of drawing and guessing pictures. The game includes a game board, four playing pieces and category cards, a one-minute sand timer and a die. Each board square is coloured and corresponds to a category of cards with various words. Players have to attempt to draw (usually scribble) an image that illustrates the word on the card.

Players attempt to gain points by making high scoring/unusual words from the letters on the tiles. The tiles show the points they are worth. Each player picks seven unseen tiles from a bag and hides their letters from opponents. When it’s your turn, you have to try and form a word.

This is one of the less competitive, classic board games. Each player throws the dice, working their way around the board looking for ladders and trying to avoid sliding down the slippery snakes.

Chess is one of the oldest known board games still played to this day. The objective of the game is to move around the chess pieces on the board with the hope of capturing the other player’s pieces and scoring checkmate. Chess is considered a game for thinkers and strategists.

Ludo (known as “Ludi” in Jamaica) is one of the most popular board games played by Caribbean nationals and Caribbean-Americans. The basic goal of the game is to guide your tokens from “home” (by rolling a dice) clockwise around the board along the game track to the finish center square. The first person to get all their tokens to the square wins the game.

This classic game sees two to six players make their way around a board as they buy, sell and trade properties to win. With only one winner of Monopoly, players collect rent from their opponents, with the goal being to drive them into bankruptcy. Money can also be gained or lost through community chest cards and tax squares. Players can also end up in jail, which they cannot move from until they have met one of several conditions.

Inspired by the family-friendly 90s movie, the aim of the game involves making your way through a jungle. Players roll the dice with the aim of being the first to get to the center of the board and win the game. However, on the board are “jungle” animals for players to get past. They use the deck of danger cards to reveal and decode the secret message in order to move on.

This board game is for two players, played on a draughtboard. Each player starts with twelve disc-shaped pieces in three rows along one side of the board and moves them diagonally with the aim of capturing all the opponent’s pieces. Draughts is similar to another popular board game, Checkers.