‘No Time To Die’ new poster was released today and Daniel Craig as James Bond sure looked like a ‘man on a mission’.

The long wait of five years is finally over as the moment that all James Bond fans have been waiting for is just a day away. The trailer of the 25th film in the James Bond franchise – No Time To Die is all set to release Thursday.

With his wit, impeccable style, larger-than-life daredevilry, and his gorgeous set of Bond Girls, James Bond has been defying death and successfully ruining the plans of those who scheme against the world for more than 50 years. Here is taking a look at ‘007’ seven reasons that will elevate your excitement for the trailer that drops on September 3. 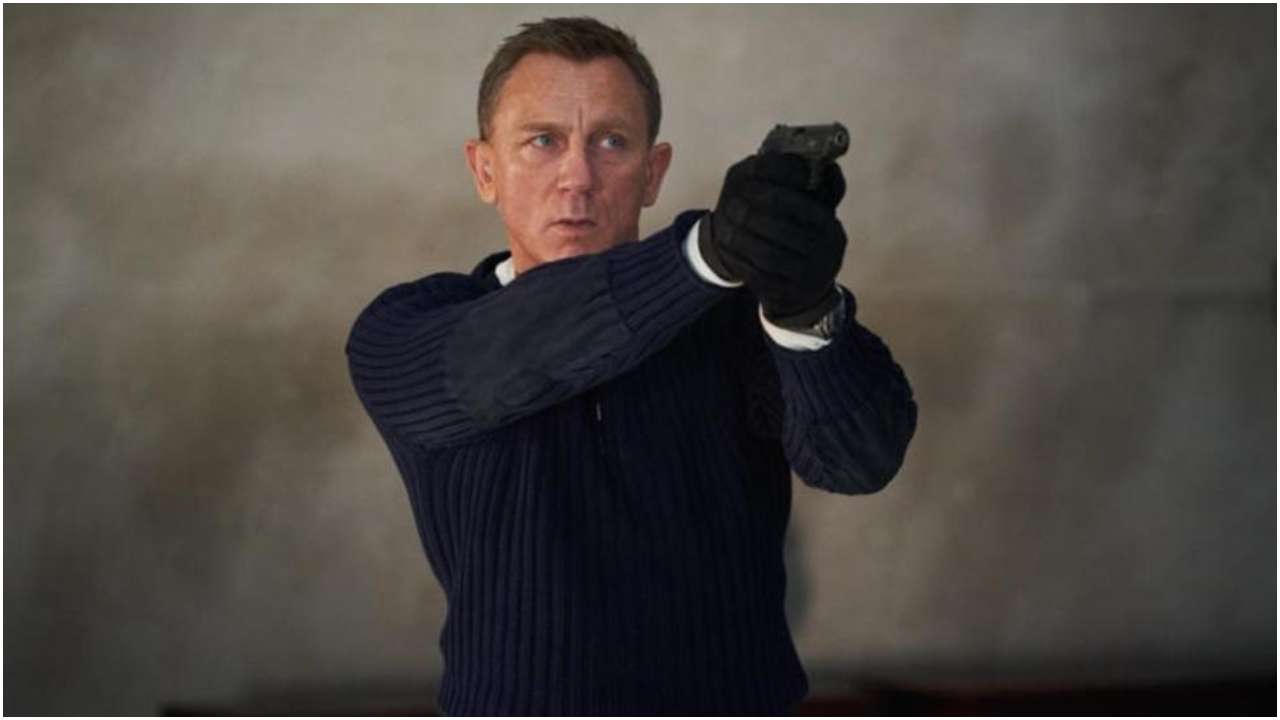 After starring in four previous Bond films and serving as the longest-running Bond actor in the franchise’s glorious legacy, Daniel Craig, as the beloved spy has given a kick start to a new era of action. In what is surely set to be a fitting finale, we can’t wait to see him as the British secret agent for the MI6 say those magical three words for the last time – Bond, James Bond.

2. Exotic locales do the talking once again The cinematic equivalent of a world tour, movies in the James Bond franchise always jump all over the globe to the most desirable and picturesque of locations. This time around, fans would be taken on a trip to Cuba, London, Norway, Scotland, and Jamaica where the very first Bond film was shot back in 1962.

3. Bond’s always in top gears, thanks to his cars The next Bond installment sees our favourite spy behind the wheel of some incredible cars including the stylish Aston Martin DB5 and V8 Vantage, as well as the new DBS Superleggera and Aston Martin Valhalla. No Time to Die will also be the first movie to feature the new Land Rover Defender, alongside other members of the Land Rover family including the Range Rover Classic and Range Rover Sport SVR.

4. It’s not one, but two Bond girls this time Cast as the new Bond girl, Ana de Armas will be playing the character of a Cuban agent who falls in love with the world’s greatest cinematic spy while assisting him at the start of the film. Describing her character as “irresponsible” and “bubbly”, it will be interesting to see how Bond and his lady love save the day from destruction. Add to that, Léa Seydoux, who was seen as Bond’s love interest in Spectre will also make her much-awaited return helping Bond get over the traumas in his life.

Continuing the trend of starring a charismatic star to play the role of 007’s enemy, it’s time for Oscar-winning actor Rami Malek to show fans just how versatile, yet intense he can be. Such is the ever-growing fandom of this actor that he is already has been listed as one of the 10 most-dangerous Bond villains. A Grammys award-winner and the youngest singer to ever record a song for the James Bond franchise, Billie Eilish’s track for No Time To Die has been a favourite of the fans since its release back in February. With a set of haunting vocals, dark and broody tunes, and strings, it’s almost exactly what one would imagine from a Bond x Billie collab.

7. A plot that’s as riveting and gripping as it gets After the sad demise of Bond’s lady love in the last film, No Time to Die starts with James Bond leaving active service and living a quiet life in Jamaica away from all the action. For the first time in Bond history, a woman will be taking over as the new 007 agent. What will the future be for this new agent? What is it that’s being hinted at? Will this movie disclose the next James Bond? We’ll have to wait and see.